It’s been nearly over a year since we, the netizens, banded together to stop the MPAA and RIAA from passing such bills as SOPA and PIPA, which would have fundamentally broken the Internet for all of us just to reinforce outdated Intellectual Property law. But the point here is that copyright law, in particular, has been warped and has engulfed vested interests, and consequently us, to the point that we have lost sight of the real reason of how and why we create. But thanks to the Internet, and a lot more activism to reform copyright, there are signs of that starting to change. Until then, let’s talk about something called Creative Commons.

What is Creative Commons?

Started in 2001, Creative Commons is a non-profit organization providing alternative copyright licenses that encourage the use and reuse of creative works. Under Creative Commons, a webcomic, for instance, can legitimately be shared, reposted, altered, remixed and built upon depending on the terms of the license chosen for that work. It is not a substitute for copyright, as one might think. Rather, it works along side current copyright law by providing an audience a clear understanding of what permissions the copyright holder has over her creative product, as opposed to each person having to seek that permission each and every time. Eloquently put, it effectively shifts copyright from ‘All rights reserved’ to ‘Some rights reserved’.

At present, there are a total of six types of Creative Commons licenses, all of which have a combination of up to four conditions, represented with its own icon:

This condition, which appears on all Creative Commons licenses, requires that anyone who either reposts, republishes or remixes a creative work must give credit to the original author of that work.

Under this condition, which is arguable necessary for webcartoonists and other online creative, a user can only share or edit a creative work so long as they don’t do so commercially (simply put, make money out of it).

Considered the equivalent of “copyleft”, the Share-Alike condition permits a user to edit a creative work so long as they license their derivative under the same or similar license as the original. In other words, anyone can edit your derivative, also.

Finally, under this condition, nobody but the original author can edit, remix or produce any derivative copies of a creative work, but may nevertheless still share or republish it given attribution. Note that this condition practically cancels out the Share-Alike condition, thus they never appear together on any of the Creative Commons licenses.

Few of us independent cartoonists (and other creators) can argue against the fact that the Internet has generated many new opportunities for creative projects, some of which can generate whole communities and allow for mass collaboration (Homestuck accomplishes this remarkably well might I add). But ironically, it is a technological advance that has happened so quickly that most of us are still stuck on old rhetoric when it comes to copyright issues. But for some of us the Internet is starting to dispel some misconceptions on creativity and has offered us insights on how we can harness the creative spirit for the better, both emotionally and financially. 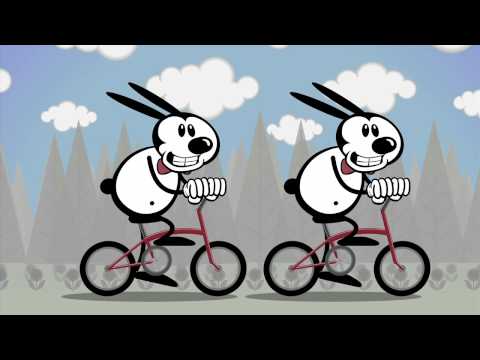 In more ways than one, Nina Paley has boldly pointed out in the video above that ‘copying’ isn’t necessarily theft. Indeed, the Internet has practically reduced the costs of distribution to very near zero, and because data files can be easily duplicated, a creative work can never truly be stolen. And let’s admit it. All creative works are derivative; they all build upon existing sources and always have. Let’s not hide it anymore.

For now, the way I see it, Creative Commons serves as a bridge between those who embrace creativity through the Internet and those who are yet to understand. If you’re interested, you can check out Creative Commons on their website for a whole wealth of information and see if Creative Commons is right for you and your webcomic, and if you want to dig deeper into the issues surrounding copyright and free culture, I recommend you check out this video:  Everything is a Remix

One last thing. Just in case there are a few misconceptions from ‘Copying is not Theft’, please view this video. It’s really important! 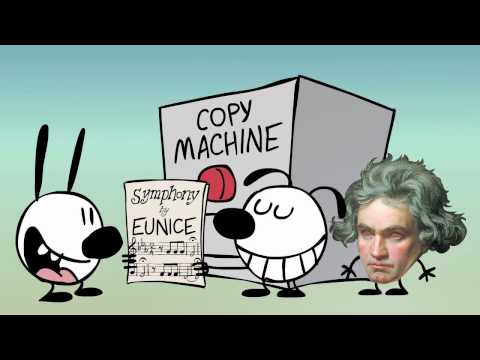 About The Author – Owen MacRae

Owen is an up and coming comic artist behind the ‘pretty pink’ giant robot webcomic, Beep Club. He has graduated from Glyndwr University with a first class honours in Bachelor of Arts, Animation and hopes to complete his post graduate course this year. His work is largely influenced by his belief that he hangs between the balance of a pro-feminist and a typical heterosexual nerd.