Will “Freemium” Work for Webcomics?

There’s certainly lost of talk about the business of webcomics, and how to encourage the people who are used to getting our content for free, to PAY… even just a little… to help support us. Maybe the Wall Street Journal has something to suggest, if we compare comics to gaming apps and similar play-now, pay-for-more type media.

Does this model exploit consumers? Some argue that it does, but the more compelling arguments support the opposite view. By offering many consumers a free gaming experience, a much broader audience who might never pay for a game get to experience the product. Every paying player also knows precisely what utility is provided by paying, and can make a much more informed decision about whether and how much to spend. Since spend perfectly matches the derived utility, both consumer and company are happy.

For a moment, imagine the pure ecstasy resulting from signing a contract that would allow your comic to be turned into a TV show! Right up there with Matt Groening, Aron McGruder, even Charles Schulz… seeing your characters animated and broadcast to the masses. That’s what Chris Onstad of Achewood may soon be doing, according to Wired, much to our joy and/or pure jealousy.

Although some familiar plots from the webcomic would make their way into the small-screen adaptation, Onstad says the bulk of the content potentially slated for the cartoon format will be all-new. Currently, the creator is looking at traditional cable networks willing to host a half-hour show in a nonstandard format, though the Ignatz Award-winning creator says fans of the strip’s relentlessly offbeat and irreverent humor shouldn’t worry about it dumbing down: “It’s not a nuclear-family comedy.”

The Art of Asking

New book coming out, and you feel odd basically BEGGING people to buy it? Or maybe you started a Kickstarter to fund some special custom-made merch, and you wonder how many people are turned off my your endless, shameless promotion of it? Neil Gaiman brings us this video by Amanda Palmer, called “The Art of Asking”, where she discuss her first “career” as one of those living statues… and also connecting with people, asking people to JOIN her on her endeavors. As with most things, it’s all in how you approach it.

Stripped The Documentary is Coming… 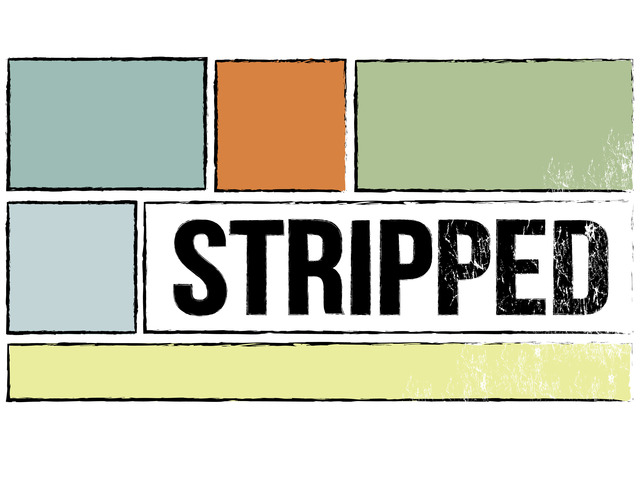 Though it seems to be another print vs web war in documentary format, which may be a tiring debate to many of you, it may be one of the most mass-consumed movies about comic strips to be produced. Just check out the video, with many of our heroes making an appearance– Davis, Pastis, Johnston, even Bill frickin’ Watterson (in audio format). The bulk of the names are the webcomic pioneers like Corsetto, Guigar, Kurtz, Gran, Beaton and many many more. Check out the terrific preview video HERE, and the Kickstarter (which just hit its goal!) HERE!

Whether you like Penny Arcade or not, or their involvement and motivation for creating the “Strip Search” show, it’s here. A reality show for aspiring cartoonists, narrowing down to the final winner who gets $15k and a year of working in PA’s offices, Strip Search provides the typical reality TV show drama along with some interesting info about making popular comics. Washington Post has an interview with the PA guys:

CAVNA: Your “help us do away with ads” Kickstarter campaign initially drew a spark for criticism — the thinking being that somehow, you don’t need the money when you are so successful. With projects like “Strip Search,” do you think those once-skeptical [people] now appreciate your larger vision?

ROBERT KHOO: I think those that are skeptical of our intentions will generally always be, so we try not to worry about that too much. Our focus is to create and deliver original, compelling content, and I think “Strip Search” is one of those instances where we show how good that content can really be. I think everyone will be really surprised at what we have in store for them with the show.

HOLKINS: There are some very weird ideas out there about “success,” and one of them is that once you have succeeded at something, then you’re done forever. You’re just a success now, and hooray. The reality is that success is a process, and with the Kickstarter, we wanted to make that process more collaborative.

Stuck on your story, or your character’s development? Wondering how Pixar wields its magic? Pixar storyboard artist Emma Coats decided to lay it all out for her twitter followers, and her advice has been collected HERE. Seriously, some helpful tips to get your gears turning and to force you to challenge yourself, your story, and your characters! Just the top 3, right here…

#1: You admire a character for trying more than for their successes.

#2: You gotta keep in mind what’s interesting to you as an audience, not what’s fun to do as a writer. They can be v. different.

#3: Trying for theme is important, but you won’t see what the story is actually about til you’re at the end of it. Now rewrite.