Really? 2014 is over? How did that happen so quickly? I had a year PACKED full of conventions and shows, and next year I’ll step back a bit from the con-circuit and focus more on creating content. Hoping you had a year full of artistic/creative growth, made some mistakes and learned from them, and are ready for an even better 2015! Don’t forget to #MakeComics, people… #MakeComics.

Entertainment Weekly interviews Brennan Lee Mulligan and Molly Ostertag of “Strong Female Protagonist”. Talk about unlikely heroes. Not just the FEMALE element of the concept or its creators, but how fast this webcomic took off. Plus an 800% funded Kickstarter. And that niche audience actually working for them. AND hitting it big during a time when Entertainment Weekly is covering… *gasp* webcomics?  If I wasn’t rooting for them, I would let my jealousy ruin the party. Well, you gotta stay on top of these things as you never know what will take off and become the new thing. Bleeding Cool covers the iPhone app for us. Quite successfully Kickstartered (for the Android app), Comic Chameleon offers panel-by-panel swipe navigation so you don’t have to pinch and zoom. I hear your doubts. We’ve seen other apps that rob the creators of page hits or don’t okay it with the creator first. But this one was co-created by a fellow creator Bernie Hou:

“We know how to treat independent artists because we know what it’s like to be an independent artist. All artists who appear on Comic Chameleon do so with their full explicit permission, and they get paid a generous share of all revenue made from the app.”

I have a readership & got my books printed. Now what? Maybe a YouTube show.

Popular webcomic Cyanide and Happiness leveled up. They now have their own animated show. How? Gonna have to say the word again: KICKSTARTER. (if you thought Kickstarter campaigns might have been a passing fad, like.. erm… I did originally… well, you and I were wrong).

“They hoped to “create an online show that everyone in the world can watch anytime they want,” and by raising a whopping $770,309 from their fans (more than three times their initial goal), they were able to do just that.”

Oh goodie, now Pat Broderick has to have his very own rant on cosplay at comic conventions. We’ve all heard a plethora of opinions on this issue, or non-issue. You may entirely sick of it. But Sam Maggs of  The Mary Sue has 5 pieces of advice you may find interesting. I’ll give ya a little from #1:

” Perhaps creators like Broderick need to find a way to stay relevant, and to appeal to the current generation of comic book fans and convention goers.”

Comics may typically be thought of as a light escape from the heavy realities we deal with every day, but editorial cartoonists have slowly, and usually while flying under the radar, influenced the public. Seeing the huge collection of editorial cartoons over the decades during my visit to OSU’s Billy Ireland Museum of Cartoon and Comic Art, made it clear how cartoonists have embraced that quiet influence, even if they didn’t see the turnover in their lifetime. Friend to the Alliance, Tom Racine (Tall Tale Radio) lends a story of his father and his NYPD service years ago, to the Washington Post, along with this video salute….  apologies to Bob Dylan, of course.

Need something juicier to bite into? Okay, fine. 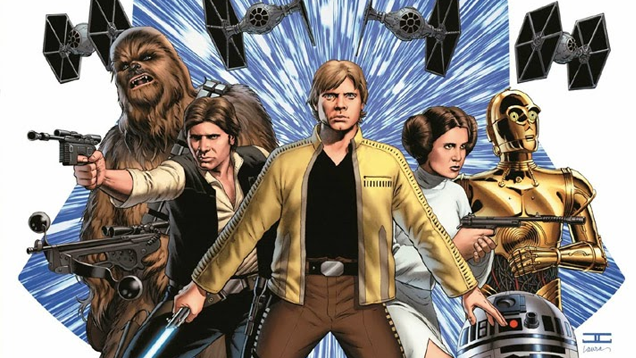